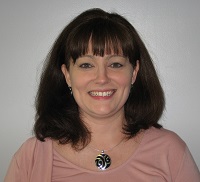 Janet Rogers began her career at the Clay County Children's Justice Center as a supervisor in the Detention Center, then moved to the Probation Unit as a Deputy Juvenile Officer. In 2006, she became the CASA/Transitions Program Director, where she recruited, trained and supervised Court Appointed Special Advocates to be the voice of abused and neglected children in the courtroom. In April 2015 she was appointed Chief Juvenile Officer / Director of Court Services for Clay County. Janet has a Bachelor's Degree in Criminal Justice and a Master's Degree in Public Administration from Park University.